Today was our planned trip to Osaka to see the sights and for me to practice at a local dojo in the area. In order to practice later on that night I had to carry my bogu (Kendo armor) all day throughout our sightseeing adventures. It weighs about a good twenty or so pounds, so it was also going to make it a training day as well for the legs. 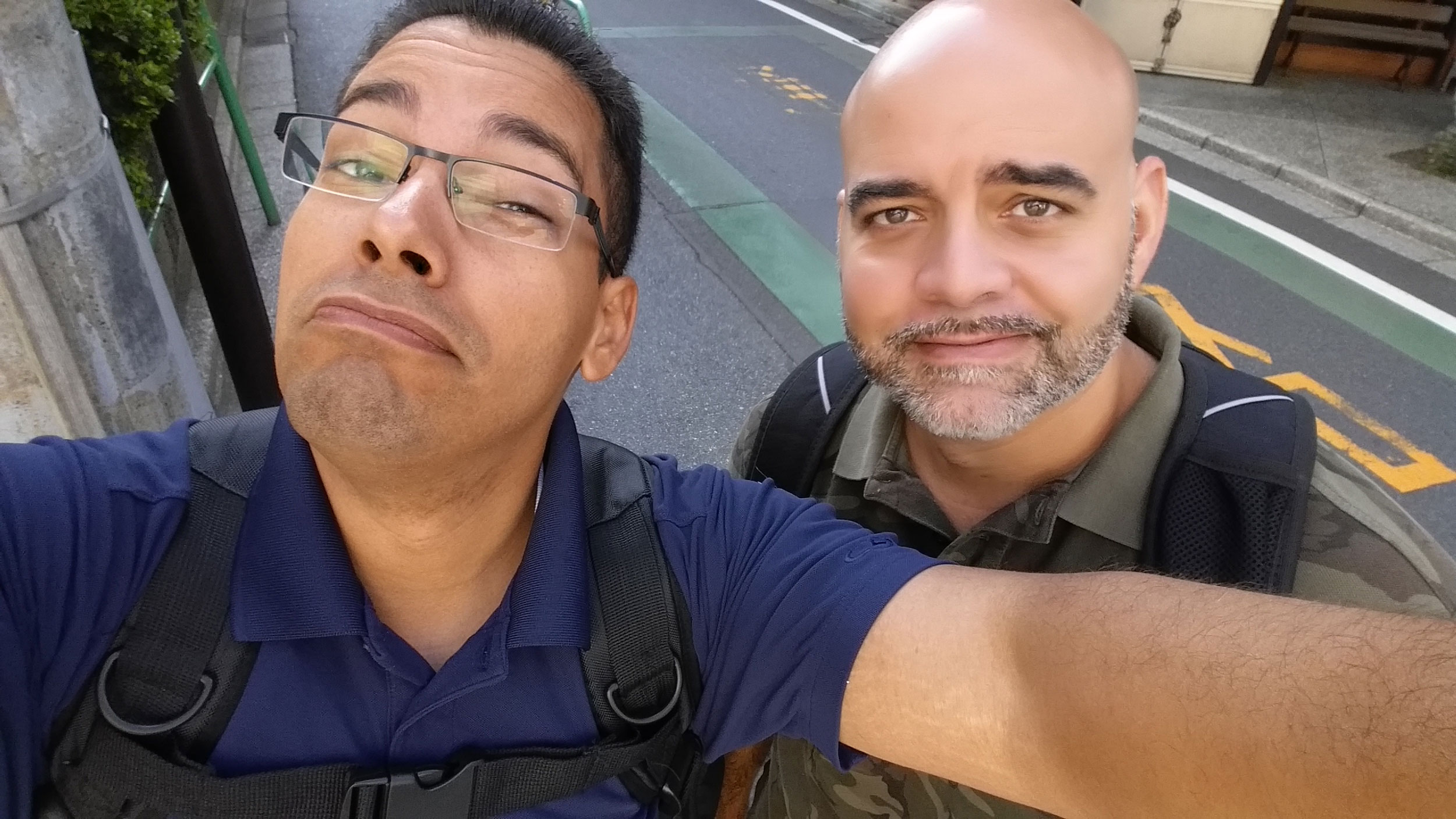 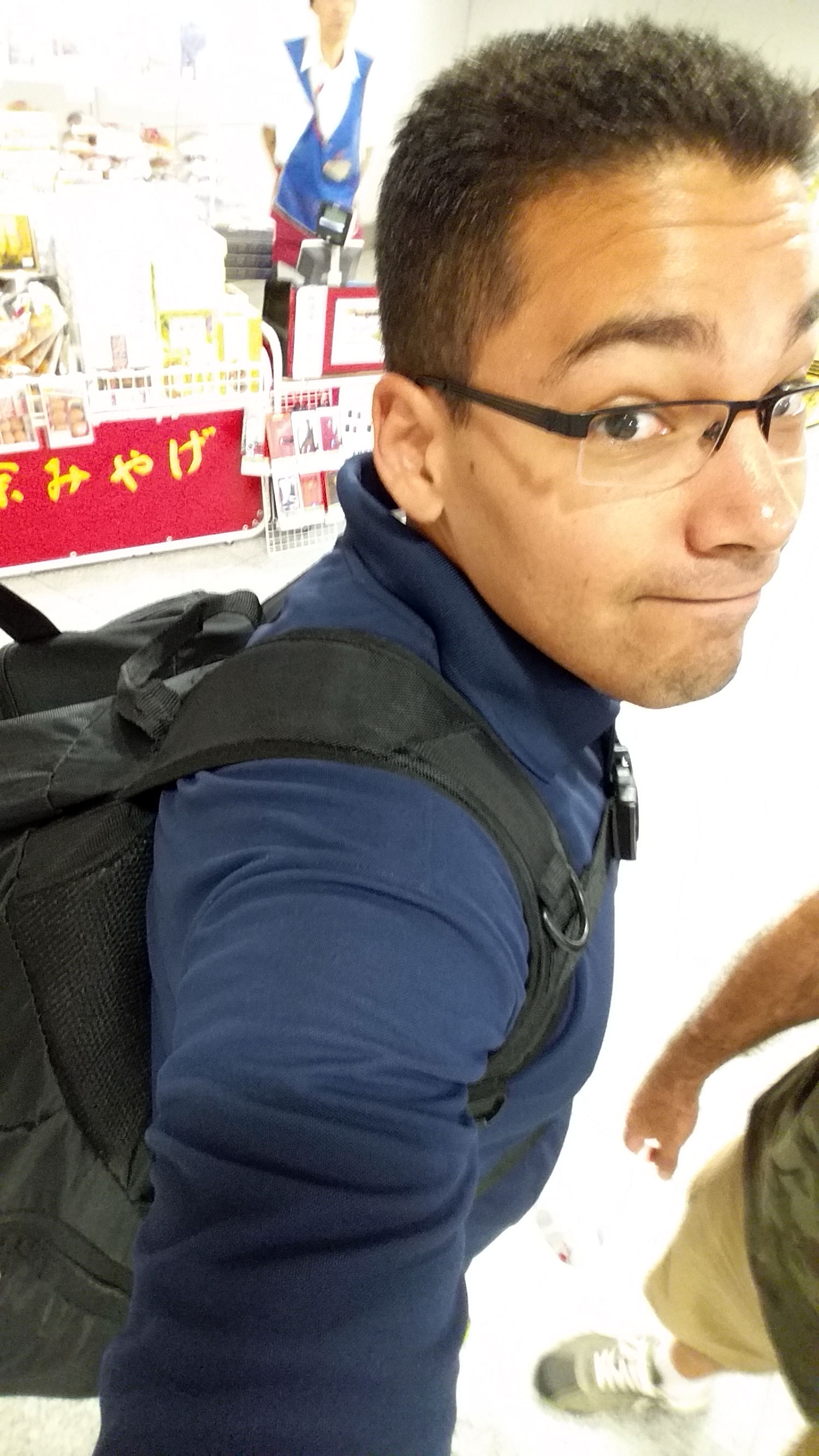 We made our way to the local train station and caught the subway to Tokyo station in order to ride the bullet train to Osaka. While trying to decipher the train boards and understand which train to get on, we made the mistake of getting on the wrong bullet train. A second before the doors closed a local man was kind enough to show us our error and we got off that train. Finding that we only had about five minutes to get to our train, we sprinted across the station to just be in time for the car door to close behind us. We hadn’t even made it to Osaka yet and the adventures were beginning. 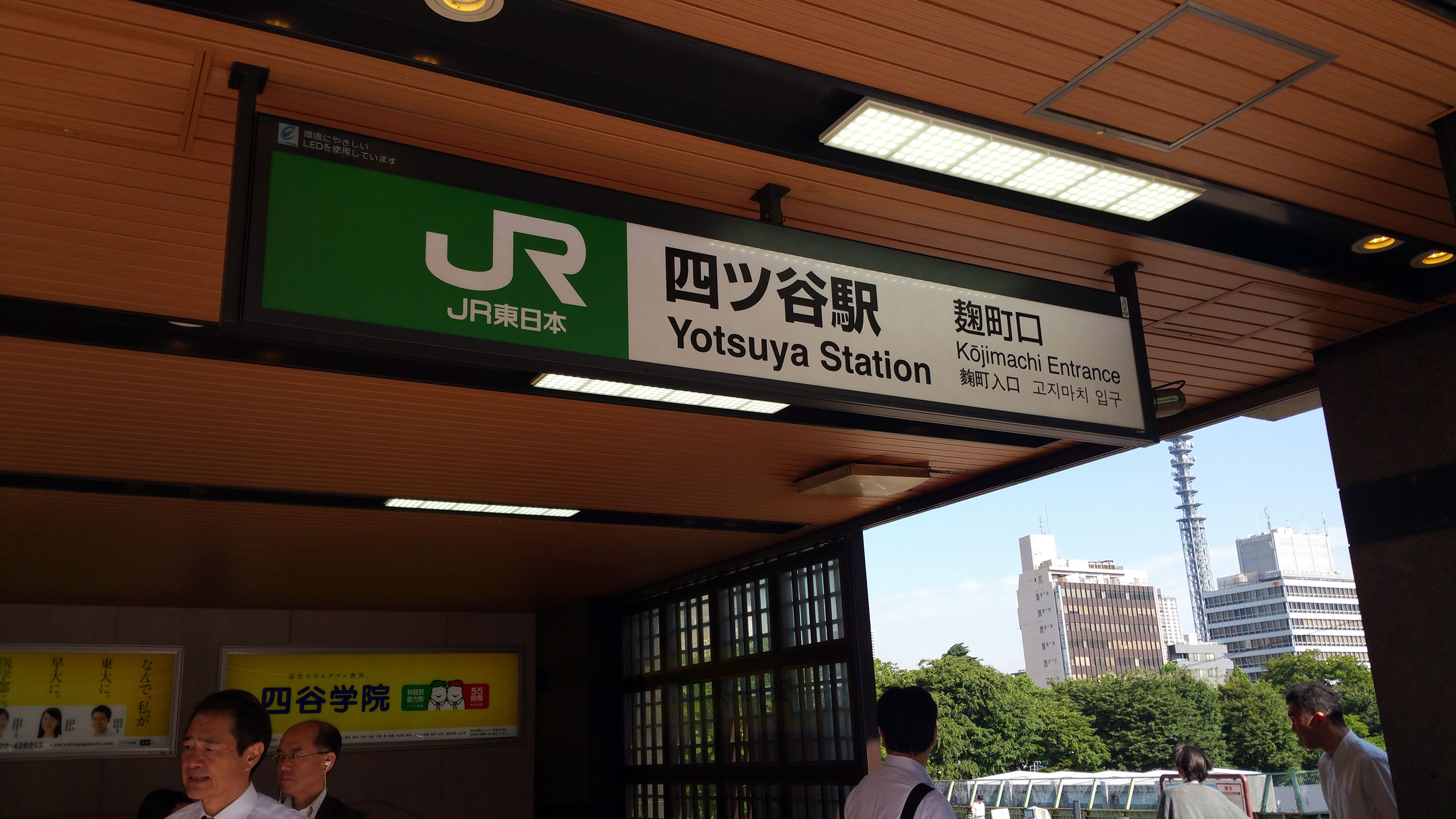 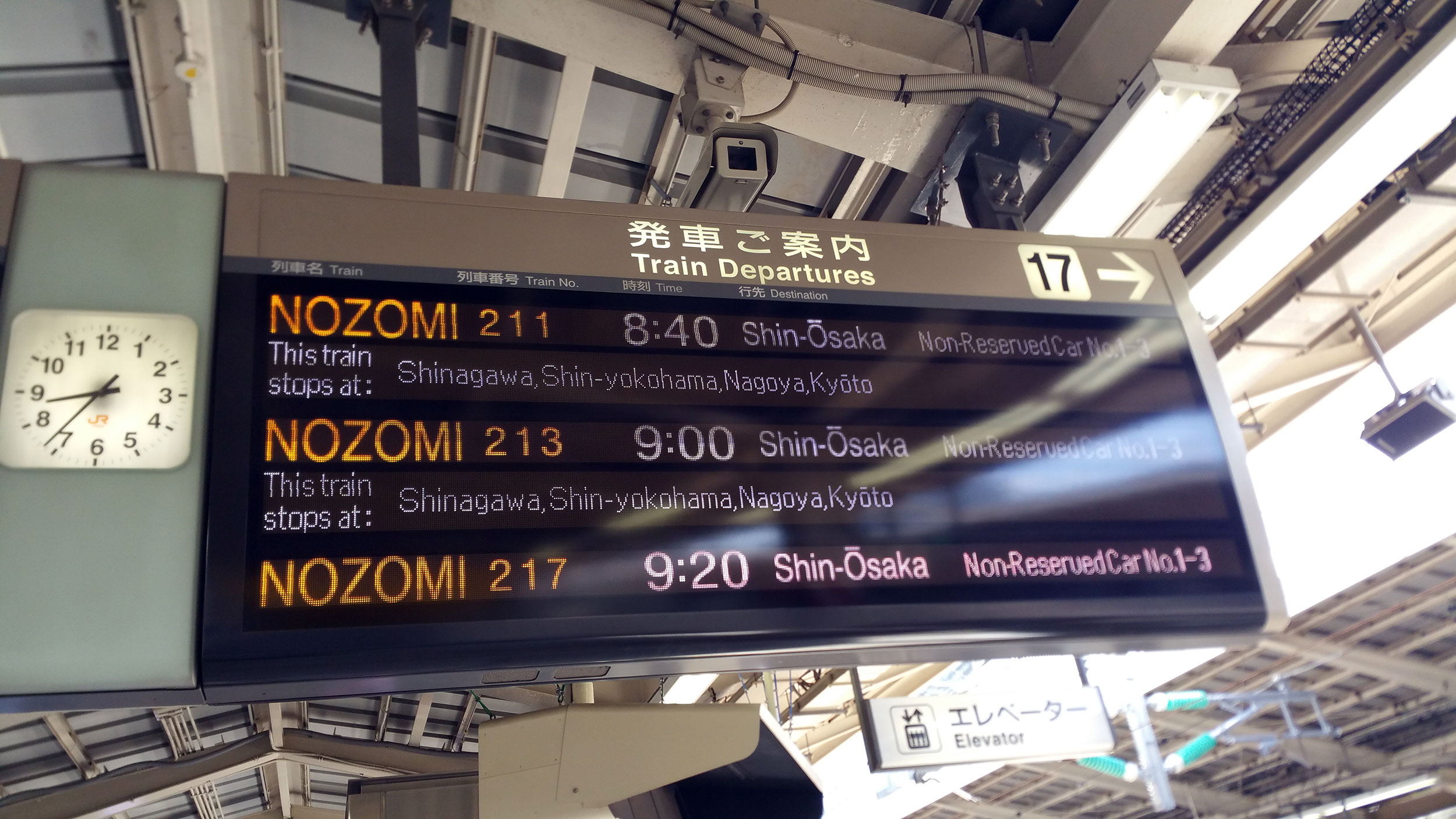 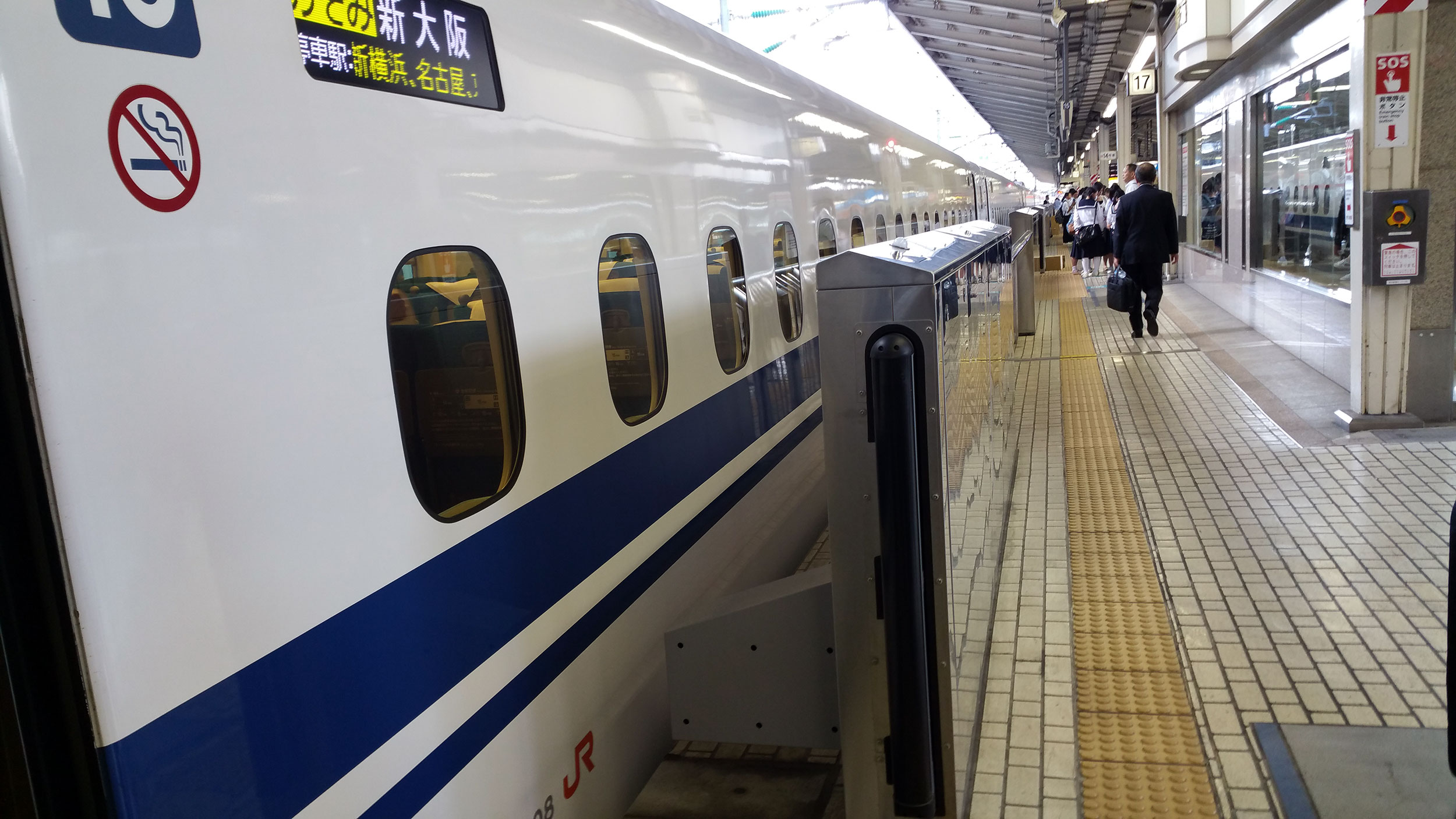 After making it to the right train we celebrated with a victory beer we picked up at the local 7eleven, which are EVERYWHERE in Japan and must be considered the Walmarts of today’s Japanese culture. 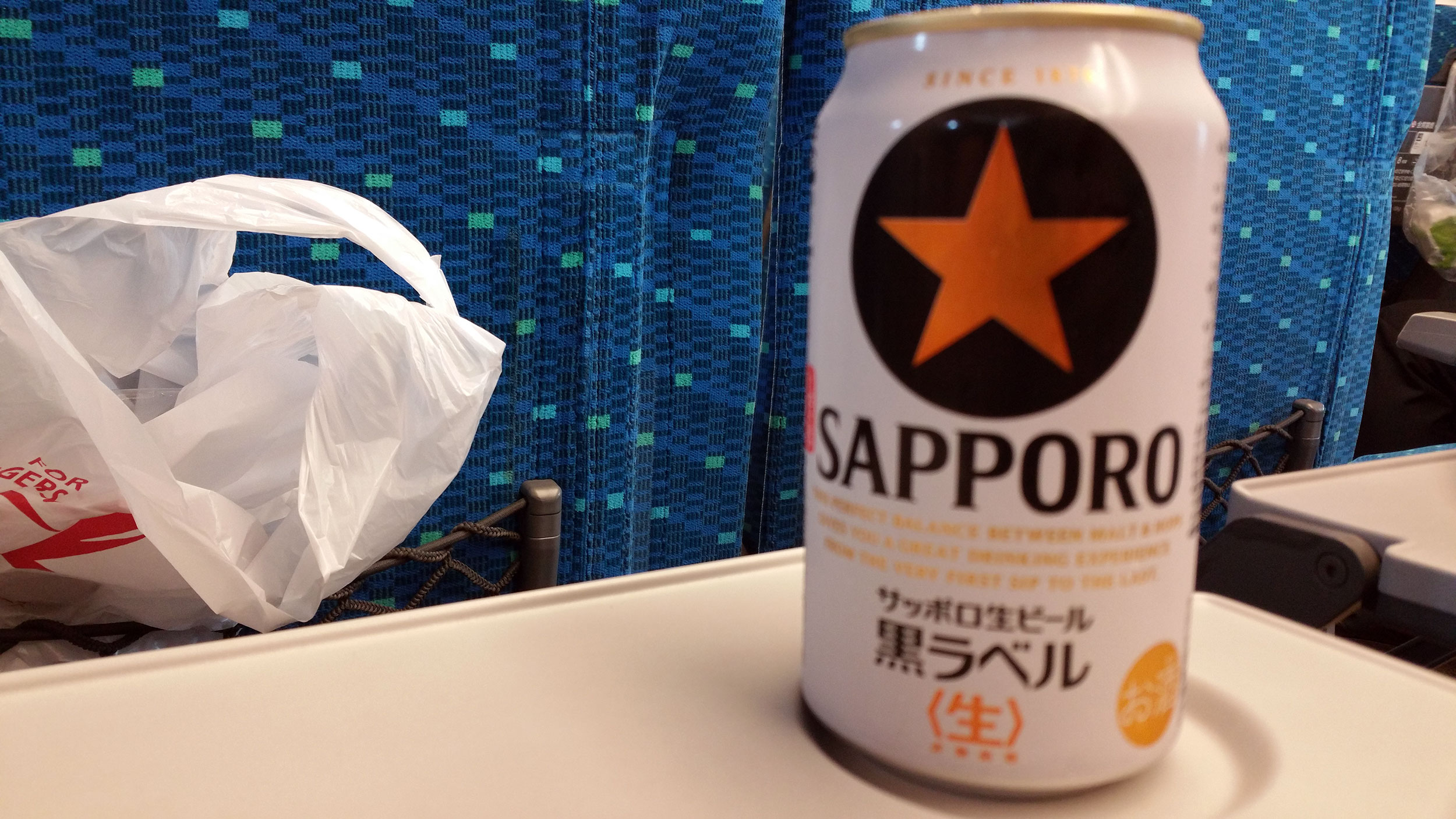 Once we arrived at the multi-floor / super mall called Osaka station, we boarded a local line that took us within walking distance of Osaka castle. Finding our way to the gates we decided to have a quick bite to eat from a local vendor in front of the castle gates. This would be the first time we had noodles in Japan. We sat by the castle moat and ate an amazing bowl of home made noodles. We joked and thought aloud that hundreds of years ago samurai guarding this castle gate must of done the same thing. After finishing our lunch we passed through the gates and could see the castle in the distance. Walking up the sections of the castle grounds we finally reached the entry way to the castle. Once inside we discovered that the castle had about 8 floors to the top and the quickest way to each floor was a set of stairs in the middle of the castle. Climbing each set of stairs with bogu on your back was a great way to build strength and some character. Each floor of the castle had an exhibition about the historical events that took place at or around the area. The view from the top floor of the castle gave you a 360 degree view of the castle grounds and part of Osaka itself. 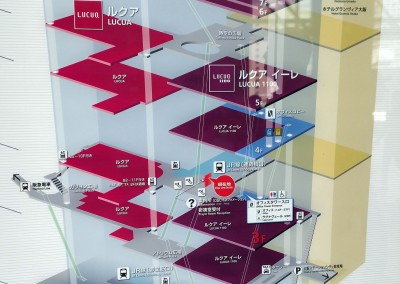 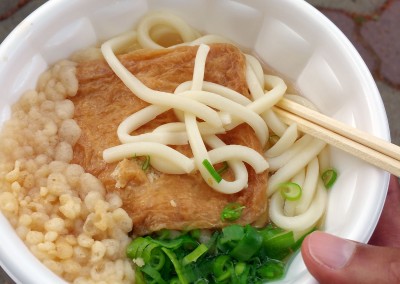 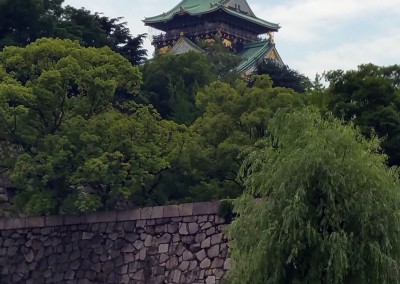 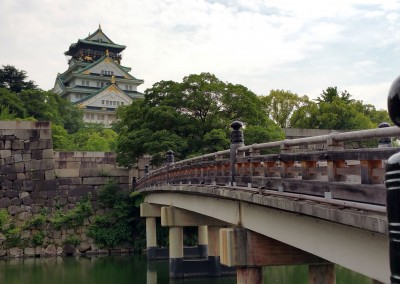 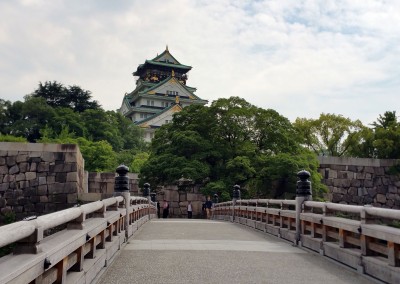 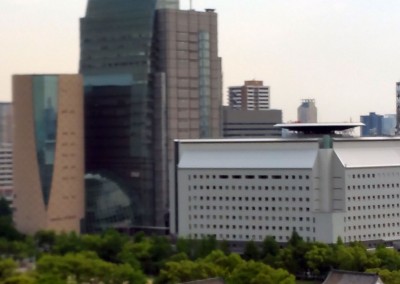 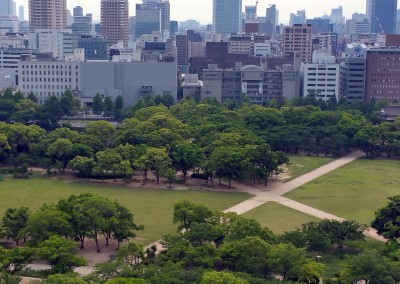 After heading down from the castle we had to begin our journey to the local dojo. After almost getting lost on the train we finally made it to the local dojo and had to find their Kendo shop in order to purchase Shinias (Bamboo Swords) that we couldn’t bring on the plane. This shop was tucked away on a side street and owned by a nice lady who spoke not a single word of English. After about 15 minutes of me pointing at what I wanted and her bringing different items I didn’t need, we finally purchased our Shinias and headed back to the local dojo. We had plans to meet our fellow dojo mate from Miami in front of the gym 30 minutes before the practice started. While we waited I decided to plan the trip home and discovered that the last train for Tokyo left at 8:55pm. 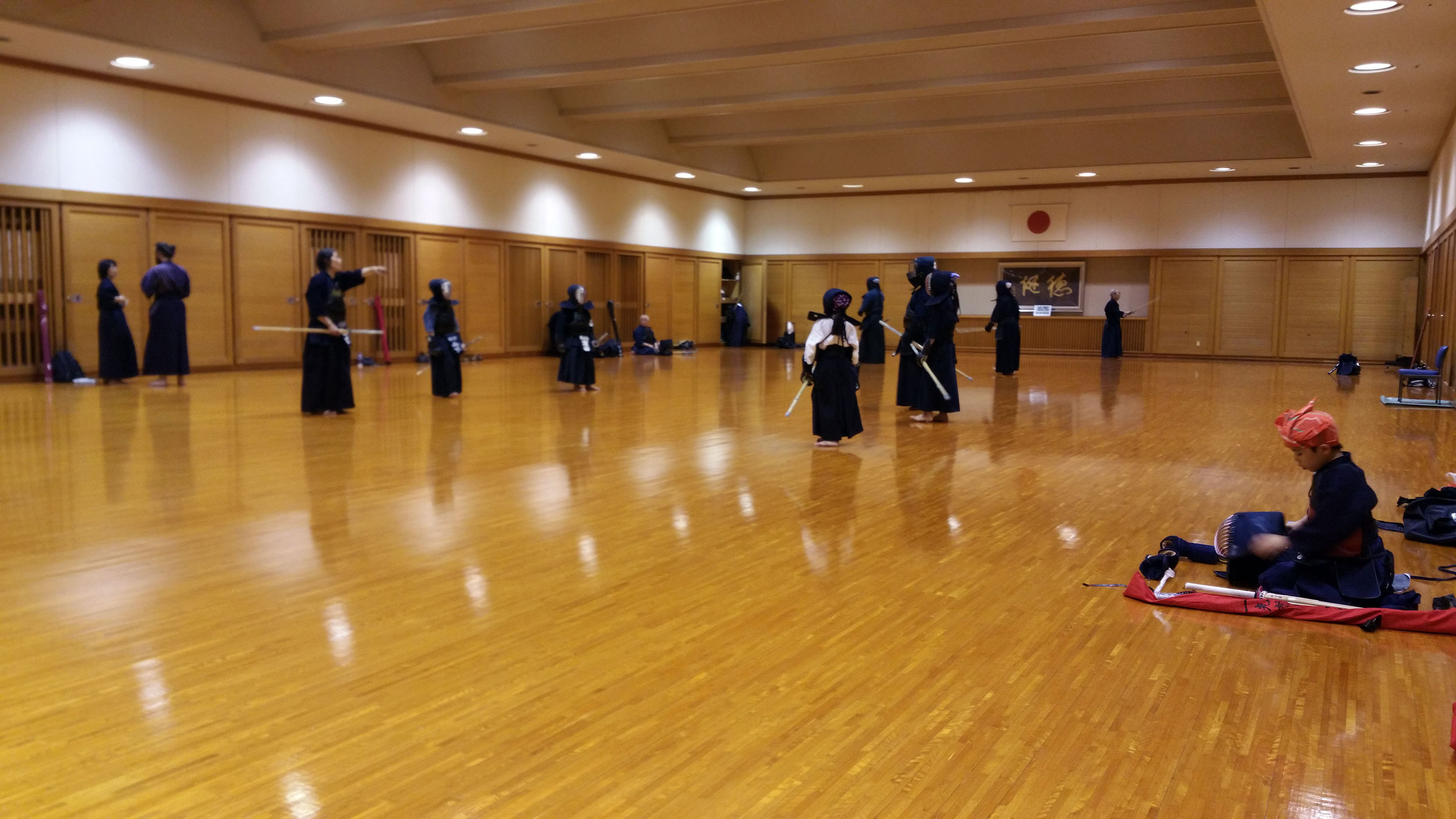 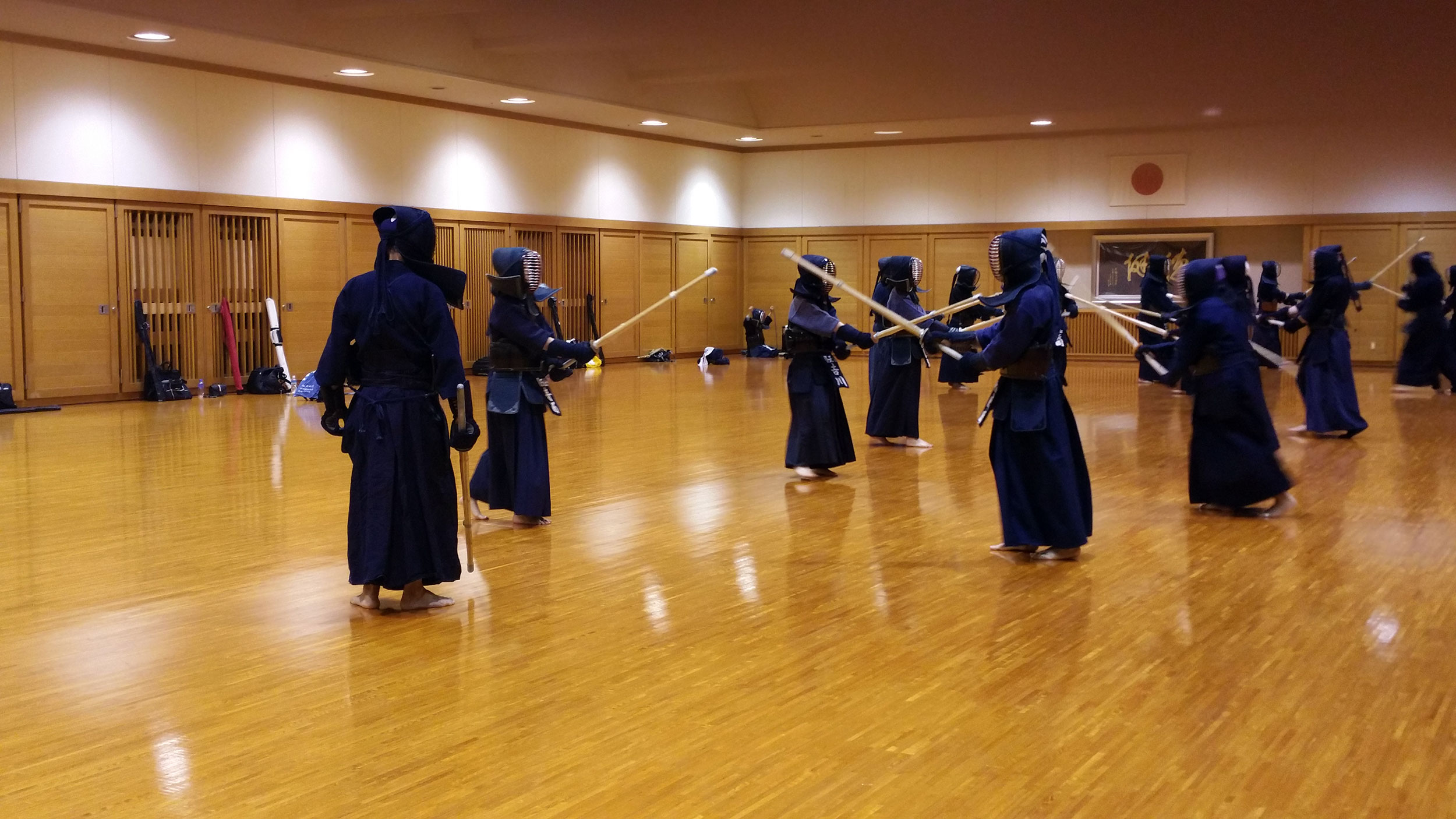 The practice started at 7:30pm and we would never make it back in time to get the last train back to our hotel, we would be stuck in Osaka until 5am the next day without a hotel to stay at. That meant that I could only watch the practice until about 8pm and rush out to make the train home. However, in Kendo even watching a practice or midorigeiko can be valuable as a training tool. Before the practice started, a kids class was conducted with ages ranging from 6 to 10. These little ones were going through drills and even doing combo strikes on each other. I would have loved to have started Kendo at this young of an age. Once the kids practice was over the main practice began, which I found out later had two 8th degrees, the highest rank you can obtain in Kendo, present leading the class. The age range and kendo level varied but as soon as the practice had started we had to leave to make the train on time. 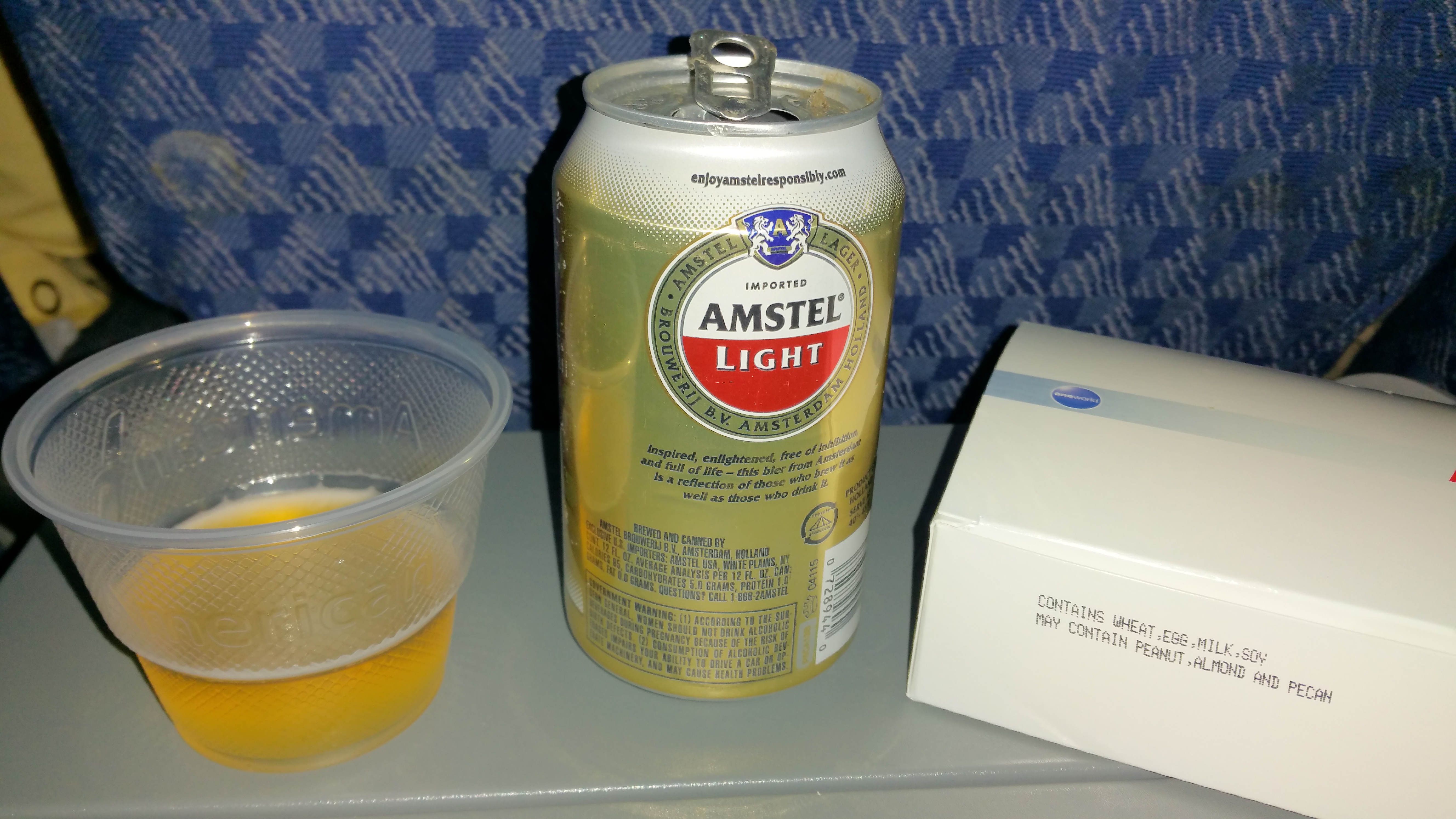 While waiting for the train we decided to buy another round of beers and a bento box for the ride home. I have to say that was the best cold rice and pork I have ever eaten on a train. Sadly we did not even get to explore 10% of Osaka and it is for sure a two day visit to really get a feel for the city.